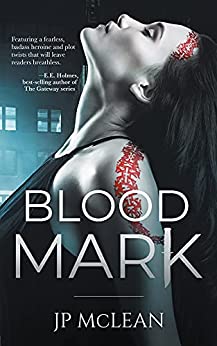 What if your lifelong curse is the only thing keeping you alive?

Abandoned at birth, life has always been a battle for Jane Walker. She and her best friend, Sadie, spent years fighting to survive Vancouver’s cutthroat underbelly. That would have been tough enough without Jane’s mysterious afflictions: an intricate pattern of blood-red birthmarks that snake around her body and vivid, heart-wrenching nightmares that feel so real she wakes up screaming.

After she meets the first man who isn’t repulsed by her birthmarks, Jane thinks she might finally have a chance at happiness. Her belief seems confirmed as the birthmarks she’s spent her life so ashamed of magically begin to disappear. Yet, the quicker her scarlet marks vanish, the more lucid and disturbing Jane’s nightmares become—until it’s impossible to discern her dreams from reality, and Jane comes to a horrifying realization:

The nightmares that have plagued her since childhood are actually visions of real people being stalked by a deadly killer. And all this time, her birthmarks have been the only things protecting her from becoming his next victim.

“A deliciously addictive fever dream of a mystery with a surreal beauty akin to a David Lynch film. I loved it!”—Jennifer Anne Gordon, author of Beautiful, Frightening, and Silent, winner of the Kindle Award for Best Horror 2020

“An explosive new series that combines mystery and magic into a can’t-put-down thriller.”—Eileen Cook, award-winning author of You Owe Me a Murder 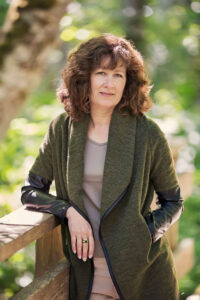 JP is a graduate of the University of British Columbia’s Sauder School of Business. She is a certified scuba diver, an avid gardener, and a voracious reader. Raised in Toronto, Ontario, JP lived in various parts of North America before settling on Denman Island on Canada’s west coast, where she now lives with her husband. When she’s not writing, you’ll find her cooking dishes that look nothing like the recipe photos or arguing with weeds in the garden.