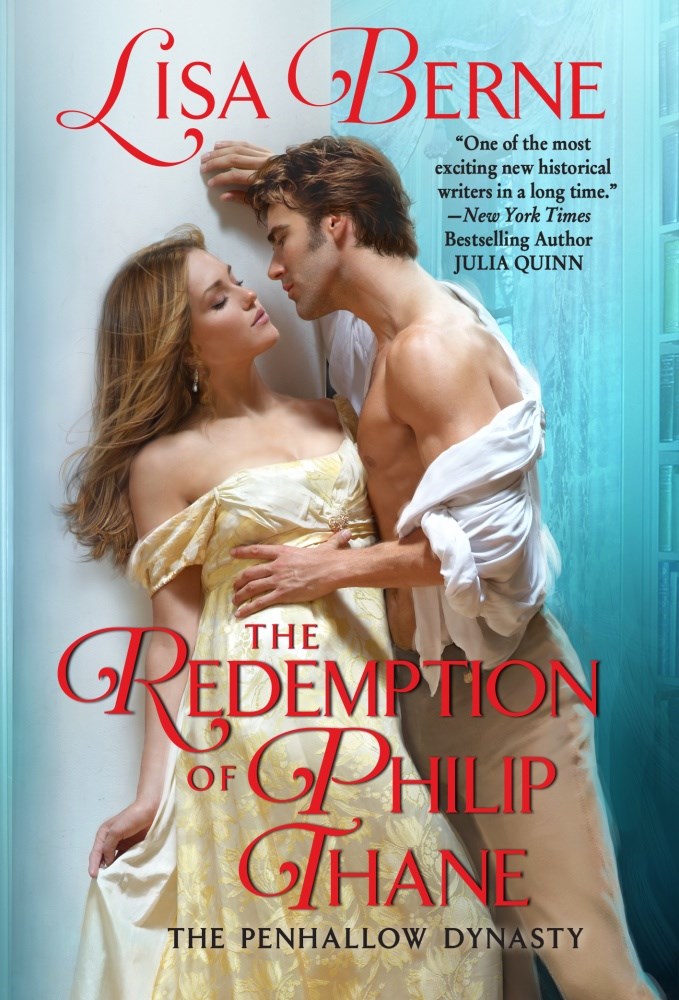 THE REDEMPTION OF PHILIP THANE BY LISA BERNE

The celebrated Penhallow Dynasty series continues in this funny, magical, sweepingly romantic Regency retelling of the movie Groundhog Day, with a tale of two star-crossed lovers who are determined to get it right!  Perfect for the readers of Eloisa James, Lisa Kleypas, and Sarah Maclean.

How many times can a rake get it wrong . . . before he becomes Mr. Right?

Philip Thane—rogue, rake, and scoundrel extraordinaire—hadn’t wanted to show up in the little town of Whittlesey to give a speech, but somehow he let his relative Henrietta Penhallow talk him into it. He also didn’t expect that somehow he’d be living the same day over and over again. It’s strange! It’s terrible! Although . . .

On the plus side, it’s giving him time to further his acquaintance with the delightful, the delectable, the brainy Miss Margaret Allen, in town to research the book she’s writing. And Philip has no doubt she’ll fall starry-eyed into his arms, just like so many other women have done before.

Yet Miss Allen stands firm against his wiles, day after day. How is it even possible? Why won’t she change her mind? What must he do to win her heart?

Maybe—just maybe—it isn’t Margaret who needs to change, but rather a certain rogue,  head over heels in love and badly in need of redemption.