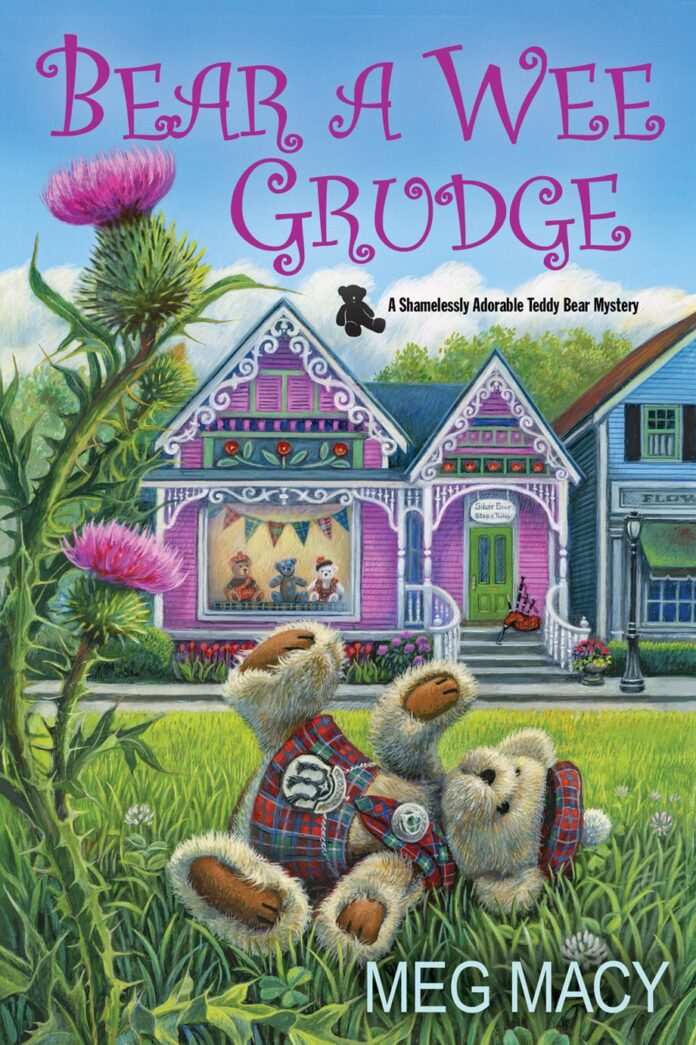 It’s springtime in Silver Hollow, Michigan, and Sasha is looking forward to the village’s inaugural Highland Fling weekend. Plans are underway for a Kilted 5K, athletic competitions, dancing, live music, and even a Hurl-the-Haggis contest. Meanwhile, Sasha’s staff is busy crafting custom teddy bears in kilts for the Silver Bear Shop’s vendor booth. But trouble’s brewing behind the scenes, as the obnoxious Teddy Hartman, former owner of a rival teddy bear company, sows seeds of discord about town, targeting Sasha’s family and their business.

Things go from plaid to worse when—just a week before the festival kicks-off—the disgruntled gossip is found murdered with an ax buried in his back. Sasha’s dad is arrested, since he’s a champion ax-thrower. But she doesn’t give a dram what it looks like—Sasha knows that despite the old business rivalry with Hartman, her father is innocent.  So with a spot of help from her friends, Sasha must bag the real killer before her first Fling also becomes her last.