Search
Home Blog Guest Post: Time, Memory, and the Pain That Makes Us . .... 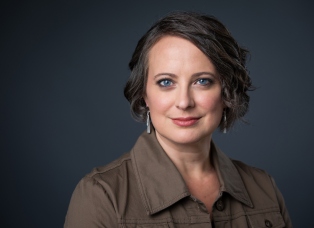 Time, Memory, and the Pain That Makes Us . . . Us
by Erin Bartels

I doubt I am the only one who has felt the meaning of time shift a little in the past couple years. I think for many of us, 2020-2021 feels like a lost year, like a glitch in the Matrix. I know that as I cancelled event after event and turned page after blank page on the calendar, there were times it all felt like an unending bad dream. But there are a lot more meaningful ways to mark time in our lives than with a calendar.

Rarely when we recall an event do we conjure up the exact date. Instead, we remember what job we were doing at the time, what shirt we were wearing in that picture, who we were dating, or what dog we had. We may also see our lives in the broad strokes of before and after. Before grandma died, after I dropped out of school, post-9/11, pre-Covid.

I have always been able to tell what grade I was in in old pictures by my haircut, but I might also choose to measure time by who was my best friend. Whose house was I always at? What were we obsessed with? I know when Steve was supplanted by Faith, when Jean came into the picture, when my world was all about Tina. And I know that tucked in the crevices between these friendships there were others. Ones that didn’t take—and one that I abandoned quite purposefully.

There were problems with all of those friendships—broken toys, slights, jealousy, rash words—but for the most part, looking back is a wistful, pleasant experience. Yet I can’t help but feel as I slide into middle age that it is not the pleasant experiences of life that shape us. It’s not the good times. It’s the bad times, the hard times, the times we’d rather forget. It’s the being left out, left behind, left wanting. It’s the fear and the embarrassment. It’s the way people failed you . . . and the way you failed them.

Maybe it’s just me, but my good memories are vague. I remember Tina’s parents took us to a lot of plays—but I don’t clearly recall any particular one. I remember spending a lot of time at her cottage—but not any particular conversation or adventure we had. I remember burying that time capsule in Jean’s backyard—but not what we put in it. I remember playing in her basement—but not a single particular toy we played with.

In contrast, I remember every excruciating detail of the time a substitute teacher called me a boy in front of my entire fourth grade class. Of overhearing two boys whispering about how they could see my bra through my (again, in fourth grade). Of being ridiculed by another girl when it got out that I had started my period (in fifth grade) and shunned by the rest of my friends who were too afraid to stand up to her lest they be ridiculed as well.

And I remember every frightening and confusing encounter I had with one of those in-between friends’ older brothers, who harassed and molested me during the summer between fourth and fifth grade.

If I could choose any year of my life to be a lost year, a year that didn’t happen, 1989-1990 would be a hard one to top. I wish I didn’t have those bad memories. I wish I could have avoided the emotional pain that came with them. But truthfully? I’ve been drawing on those experiences and that pain to write my latest novel, The Girl Who Could Breathe Under Water. It’s some of my best work, and that is due in no small part to the fact that it is drawn from some of my worst memories.

I also cannot escape the distinct feeling that all the negative stuff that happened to me at that time played a big part in making me a more resilient adult than I might otherwise have become. Because our character is not formed on sunny days—it’s formed during storms. Just like our muscle is built up only when it is first torn down, and our immune systems are built up by exposure to pathogens, our character grows in response to adversity.

What does change things, for me at least, is knowing that the times I’d rather forget have actually resulted in me being a better person and a better artist. I’m more understanding, more forgiving, and more humble about my own shortcomings than I ever could have been without other people failing me—and me failing other people.

We all wish we could avoid pain. We build walls of protection around ourselves. We obsess about safety. We let opportunities to do great and interesting things pass us by because what if we fail? What if we get hurt? What if we make a fool of ourselves?

But what’s the alternative? An empty calendar. Just marking time until time runs out.

Maybe it’s time to live the life only you can live, shaped by everything you’ve been through.

THE GIRL WHO COULD BREATHE UNDER WATER 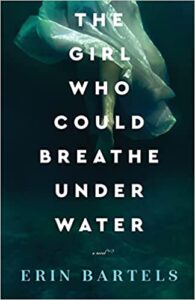 When novelist Kendra Brennan moves into her grandfather’s old cabin on Hidden Lake, she has a problem and a plan. The problem? An inflammatory letter from A Very Disappointed Reader. The plan? To confront Tyler, her childhood best friend’s brother–and the man who inspired the antagonist in her first book. If she can prove that she told the truth about what happened during those long-ago summers, perhaps she can put the letter’s claims to rest and meet the swiftly approaching deadline for her next book.

But what she discovers as she delves into the murky past is not what she expected. While facing Tyler isn’t easy, facing the consequences of her failed friendship with his sister, Cami, may be the hardest thing she’s ever had to do.

Plumb the depths of the human heart with this emotional exploration of how a friendship dies, how we can face the unforgivable, and how even those who have been hurt can learn to love with abandon.

ERIN BARTELS is the award-winning author of We Hope for Better Things, The Words between Us, All That We Carried, and The Girl Who Could Breathe Under Water. She lives in the capital city of a state that is 40% water. Find her on Facebook @ErinBartelsAuthor and on Instagram @erinbartelswrites.