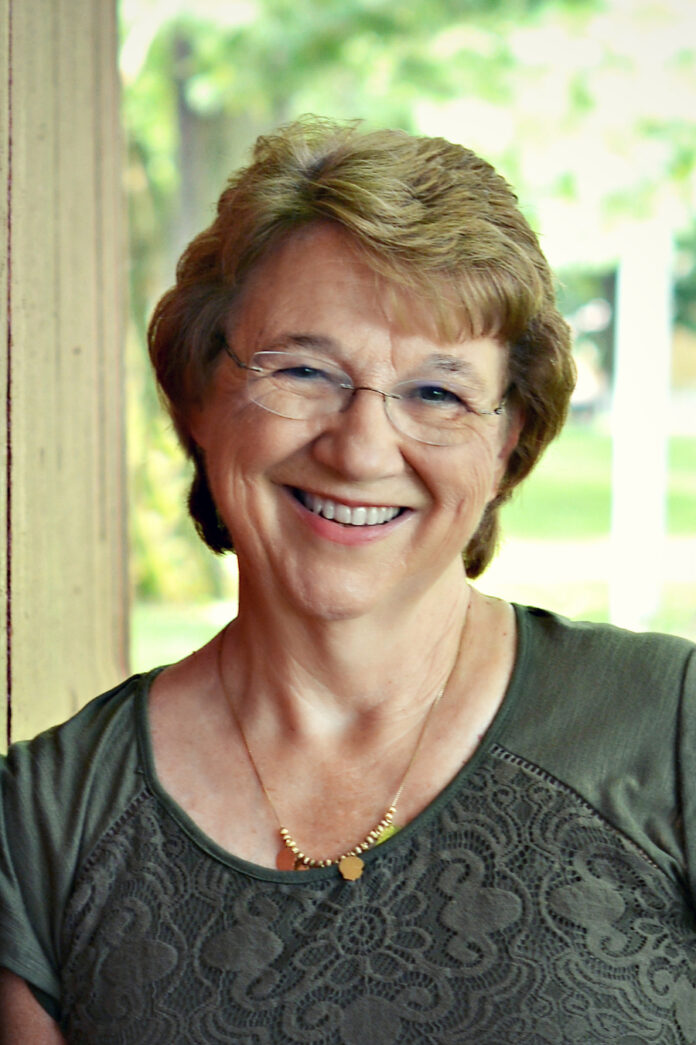 Fictionally Factual – Bringing readers the ‘facts’ behind the fiction.

Whenever I start down a new story trail, I can see so many possibilities out there for the characters, plot, and setting. It can be something like a treasure hunt with at first, the hunter, me, not sure what I’m even looking to find. One of the best parts of the hunt is all the places ready to yield up that treasure that can produce a story.

With When the Meadow Blooms I started with an idea of a story about healing, both physical and emotional. I’ve always believed one way to experience inner healing and peace is by enjoying God’s beautiful world. So, I wanted much of the story to take place on a farm with meadows and a river. In the story that became Meadowland. 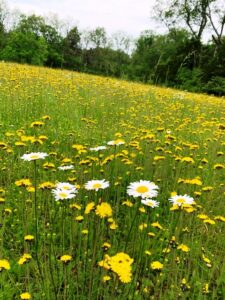 While the farm I live on has hayfields that are meadows of flowers in the summer, our land lacks the river I wanted in the story. But other farms in my area were just what I wanted to imagine for my Meadowland farm. With the permission of the land owner, some friends and I walked through a beautiful farm along the Salt River. Large river bottoms stretched away from the river.  During the Civil War, soldiers camped in those fields, but my story takes place in 1925, long after the War Between the States. We went walking in chilly spring weather with no meadows blooming, but I had no problem imagining the fields in bloom since I’ve seen our farm’s fields in bloom.

The healing power of nature fit in with the healing needed by my character, Rose, who was suffering from tuberculosis. Tuberculosis has been around for centuries but for some reason in the 1800’s, the disease when on such a rampage with so many dying from it that people at the time called it the White Plague. Until the 1950’s, the best treatment for tuberculosis 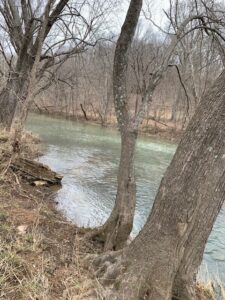 I also imagined a young girl with a unique connection with nature for my story. My treasure hunt for her character and her part of the story again bloomed out here on my farm. When I went walking with my dogs, my character, Sienna, tagged along helping me notice things I might not have if I hadn’t been trying to see things through Sienna’s eyes. She didn’t just like butterflies and flowers. She liked frogs and snakes. She wanted to make friends with a mouse or any creature she might come across.

But I wanted something special to happen for her as she sought to make friends with the wildlife that could inhabit a meadow. I found just the right treasure for her from something I’d heard about several years ago. A young girl who fed ravens began to get gifts from them and soon she had a whole collection of treasures the birds brought her. I decided to let Sienna be like that girl and make friends not with ravens but with crows.

If I wanted to introduce crows into my story, I needed to know more about them than just 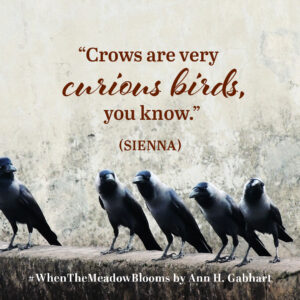 that they could be extra noisy and mess up a farmer’s corn crop. That led me to some very interesting facts about crows.

First as Sienna assures her family in my story, crows are very curious and intelligent birds, so much so that you might find them a little creepy. It doesn’t help that a group of crows is not called a flock but instead a murder of crows and that some people consider them harbingers of death. They also have been known to steal items and not only food, but coins, jewelry and more. That turns out to be important in When the Meadow Blooms.

So how smart do researchers think crows are? Some say as smart as a seven-year-old child. I’m not so sure about that, but I was glad my young Sienna was nine to keep her a little ahead of those crows.

I doubt I could ever tell one crow from another, but a team of researchers captured some crows, tagged them and turned them loose to see if the crows might be able to recognize our faces. The scientists wore masks while they were working with the crows. After they released the birds, the crows dive-bombed and scolded the researchers, but only those who wore the masks of those who had intentionally done things to upset the crows while they had them in captivity.

Even more amazing, the researchers determined that the crows may have told their friends about the ones who had treated them badly. Crows that hadn’t been captured and tagged also attacked the researchers who wore the masks. Nobody has figured out crow language but somehow they obviously communicate. Here on the farm, I have always been sure that stragglers cawing like crazy are surely trying to get the other crows to wait for it to catch up. Then they do shout out warnings to their friends and send out invitations to feast with them when they discover a great field of corn.

Crows use tools too and sometimes they even make the tools they need out of sticks or wire. If they see a treat floating in water in a narrow container they can’t reach, they will drop pebbles or other items that don’t float into the container until they get the treat or a drink of water if the bird is thirsty.

Plus, the most important thing for me to learn about crows in regard to the two crows I invite into my story is that they do sometimes bring “gifts” to people who feed them. Sienna feeds her crow buddies and they bring her some “treasures,” the same as the young girl I had read about a few years ago. While my crows might be a little more generous with their gifts than those I might meet out here on my farm, what they do bring to Sienna helps toward that healing I started out wanting for my characters.

When the Meadow Blooms doesn’t have an emphasis on historical events but rather focuses on the problems my characters faced that were unique to the time period. That meant my research for the book centered on how things were for people in 1925. I hope readers will enjoy the treasures I found along my researching road.

Here’s a look at Ann’s latest release WHEN THE MEADOW BLOOMS: 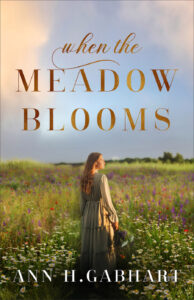 If any place on God’s earth was designed to help one heal, it is Meadowland. Surely here, at her brother-in-law’s Kentucky farm, Rose and her daughters can recover from the events of the recent past–the loss of her husband during the 1918 influenza epidemic, her struggle with tuberculosis that required a stay at a sanatorium, and her girls’ experience in an orphanage during her illness. At Meadowland, hope blooms as their past troubles become rich soil in which their faith can grow.

Dirk Meadows may have opened his home to his late brother’s widow and her girls, but he keeps his heart tightly closed. The roots of his pain run deep, and the evidence of it is written across his face. Badly scarred by a fire and abandoned by the woman he loved, Dirk fiercely guards his heart from being hurt again. But it may be that his visitors will bring light back into his world and unlock the secret to true healing.

Ann H. Gabhart is the bestselling author of Along a Storied Trail, An Appalachian Summer, River to Redemption, These Healing Hills, and Angel Sister, along with several Shaker novels—The Refuge, The Outsider, The Believer, The Seeker, The Blessed, and The Gifted. She and her husband live on a farm a mile from where she was born in rural Kentucky. Ann enjoys discovering the everyday wonders of nature while hiking in her farm’s fields and woods with her grandchildren and her dogs, Frankie and Marley. Learn more at www.annhgabhart.com.