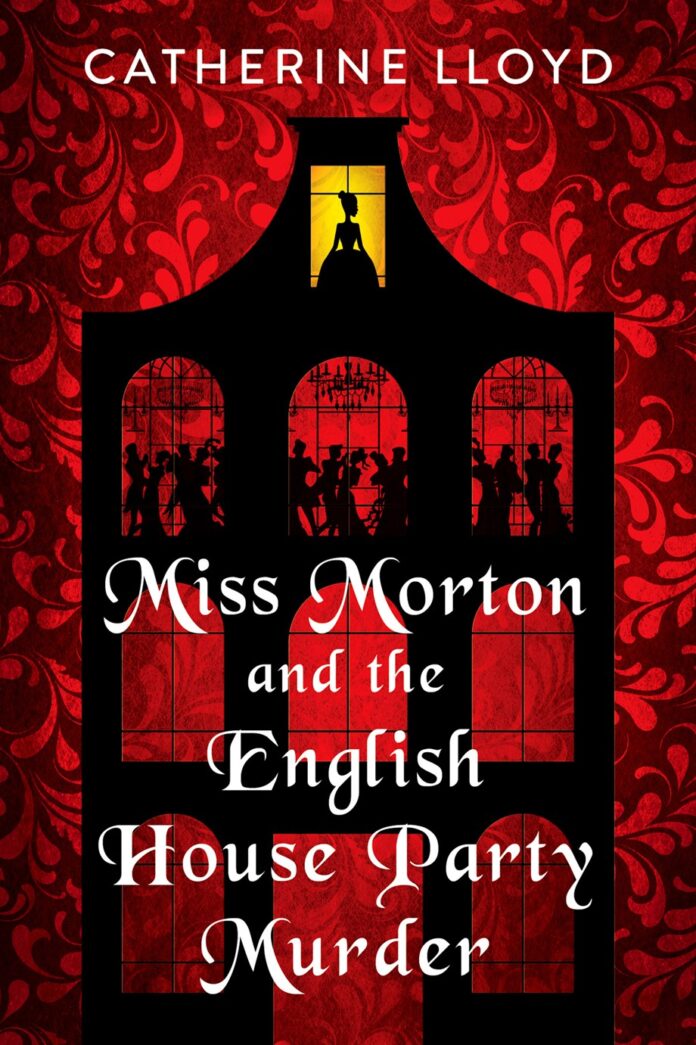 Compelled by circumstance to accept the post of lady’s companion to a wealthy widow, Lady Caroline Morton soon finds her duties entail investigating a murder in the first installment of a brand new Regency-set series by Catherine Lloyd, author of the critically acclaimed Kurland St. Mary Mysteries.

The options for the penniless daughter of a deceased earl are few indeed in Regency England. So, following the suspicious death of her father, the Earl of Morton, and the discovery that she and her much younger sister have been left without income or home, Lady Caroline takes a post as a lady’s companion to the wealthy widow Frogerton.

Just as Caroline is getting accustomed to her new position, her aunt, Lady Eleanor Greenwood, invites her and her employer to a house party in the countryside to celebrate her youngest daughter’s birthday. Mrs. Matilda (Matty) Frogerton sees this as an opportunity to introduce her own rather wild daughter, Dorothy, to the ton, and Caroline is eager to see her sister, who as a child lives with their aunt.

But all is not well at the Greenwood estate. For one thing, Lady Caroline’s former fiancé, Lord Francis Chatham, is a guest and refuses to speak to her. Far worse, after a series of troubling harassments of the staff, an elderly family member is found stabbed by a knitting needle.

As Caroline and an unexpected ally—Mrs. Frogerton—attempt to solve the chilling crime, they discover the culprit may be leaving bizarre clues as to who will be next in the nursery. But they must make haste, for this heartless killer is engaged in anything but child’s play…