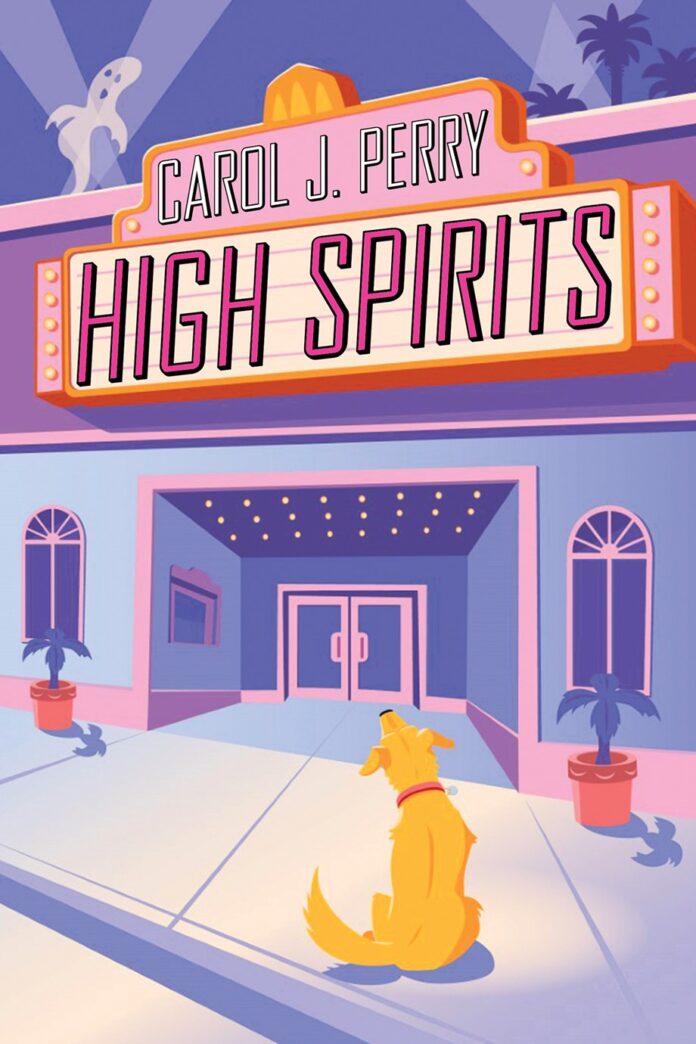 Greetings from Haven, Florida, a quaint, scenic old town on the Gulf Coast where Massachusetts transplant Maureen Doherty and her excessively friendly Golden retriever are the newest proprietors of the charming local inn…along with its many ghostly tenants! Now the paranormal crime investigations continue with the second installment in bestselling author Carol J. Perry’s Haunted Haven Mystery Series, as Maureen is preparing for her first holiday season in her haunted century-old inn…

Christmas lights on palm trees and Santa hats on plastic pink flamingos are far from the snowy landscape Maureen and her beloved golden retriever, Finn, are used to. But Maureen is determined to make this a holiday to remember—which means finding a way to promote Haven House on a shoestring. Fortunately, Haven’s vintage movie theater, the Paramount, has come up with a great “Twelve Days of Christmas” idea. They’ll feature an impressive list of the best classic Christmas movies ever made—shown by one-time movie actor-turned-projectionist Decklin Monroe . . .

But nobody bothered to tell Maureen that the Paramount is haunted by the ghost of a man who was murdered a few years back. Haven’s top cop Frank Hubbard doesn’t believe in ghosts but, believing that Decklin Monroe was somehow involved, he wants a reluctant Maureen’s help.

That plan is derailed when, on the first day of the festival, a fresh murder victim is found at the theater. Now Maureen has to defend her staff and guests, while trying to keep her high-spirited resident ghosts out of the picture—before they have company for the holidays . . .