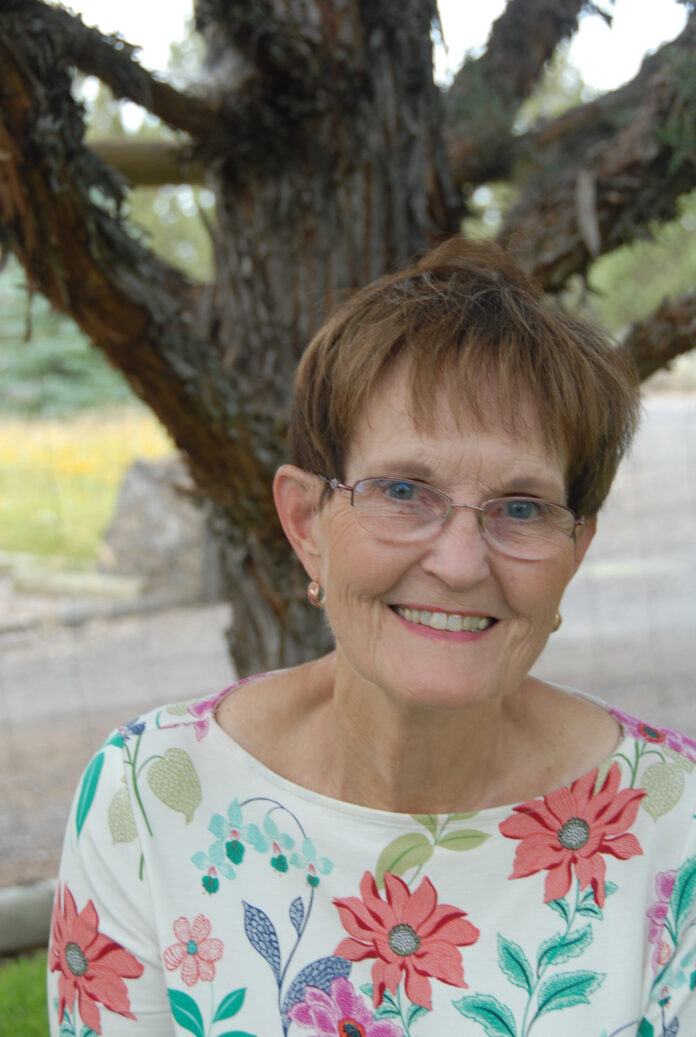 Tell us about your latest release Beneath the Bending Skies.

In 1860s Montana, young Mollie Sheehan struggles to be a dutiful daughter yet loves a man her father once called his best friend. James Sheehan moves his daughter and family to California, hoping to end the relationship. But Mollie listens to a different voice and finds her true love. She and Peter Ronan weather the trials of family disharmony, settlement, and marriage to serve the Confederated Salish and Kootenai Tribes of the Flathead Nation, especially during the Nez Perce War that riveted the country in the 1870s. There Mollie discovers her true gifts and the way to mend the relationship with her father. Based on a true story.

Your novel is based upon true events that occurred in the life of Mollie Sheehan Ronan. How did you first learn about Mollie and what compelled you to write a fictional account of her story?

About ten years ago, I read Mollie’s memoir called Girl from the Gulches. It was such a sweeping story of the West and the strains of family bonds, yet with a happy ending. I never forgot her story. It kept niggling me while I worked on other novels, but it seemed the right time to write about goodness and family and happily ever after. And there was that magnificent Montana landscape to draw us all in!

Beneath the Bending Skies is a story that encompasses hospitality, destiny, and the bonds of family. Can you please expound about how these themes play out in your novel?

Those themes are all wrapped up with Mollie’s desire to honor her deceased mom, please her father, and yet follow her own faith and heart. When she falls in love with her father’s “former” best friend, he moves his entire family to San Juan Capistrano where Mollie attends a convent school. And while she was told to never have contact with Peter Ronan, the priests of Helena, Montana, and the sisters in Los Angeles, California, nurture the longings of these two. When Mollie decides to marry without her father’s blessing, she nevertheless spends her days as a young wife, mother, and eventually works beside her husband on the Flathead Nation, but always seeks to bring her father back into the family fold. The tragic Nez Perce War crystallizes the role of family and the necessity of widening the scope of what family means.

What lessons do you hope readers gain from reading Beneath the Bending Skies?

To truly honor our father and mother, we must also honor ourselves. And that family comes in many shapes and sizes as Mollie discovered as a stepchild, half sister, wife, and mother, and the member of a family of Native peoples who welcomed her into their midst. The importance of listening to that inner voice—that’s what I hope readers take away.

Mollie’s husband, Peter, becomes the Indian agent appointed by the Secretary of the Interior for the Flathead Reservation. What did this role entail?

Think mayor or governor. He was responsible for working with the various tribes, resolving issues between nonIndian ranchers, acting as judge in judicial matters, advocating with the federal government for food, blankets, bullets for hunting, and other necessities for welfare of the Indian people whose lives were changing. The Agency employed dozens of people—physicians, blacksmiths, teachers, carpenters, lumbermen, etc.—and Peter had to manage finances and the needs of a small town too.

How did Mollie’s language skills and her gift of hospitality aid her husband’s position on the reservation?

Because it was a well-organized agency, dozens of dignitaries from the federal government, priests, journalists, and tribal people dropped in and stayed. Mollie became the organizer of meals and hospitality, working beside her husband to make visitors and employees welcome—especially those of the reservation whom they were there to serve.

What type of research was required to write about the Ronans’ lives among the Flathead?

Mollie’s memoir was a terrific source book. And Peter’s reports for several of the years of his time at the agency, his letters, etc. were published by the Montana Historical Society. They offered insights into the struggles Peter had and the joys too. Not being familiar with the history of Montana, I read dozens of books on mining and the Age of Vigilantes and the politics of the region, how women helped their husbands or fathers earn a living in a settlement time. Records about the Nez Perce War were also helpful. I also looked to my own mental health background to focus on family stresses and my seventeen years working on a reservation in Oregon with friends who brought authenticity—I hope—to this story.

The Ronans became embroiled in the Nez Perce War in 1877. What was the one life-changing event that took place during that time?

I actually think there were a couple of events. One was Peter’s ability to keep the tribes he worked with agreeing not to join the Nez Perce renegade Chief Joseph, even though they had familial ties to him. Later, Peter worked to allow the defeated chief to return to his own country and even invited him to join the Jocko Agency he managed. But for Mollie, it was not only the commitment of the tribes to her family’s personal safety during this troubled time but also that she encountered a father who sought his daughter who had been taken hostage. He’d become wounded himself. Mollie’s care for this wounded father helped her see the importance of doing what one can for others, and the importance of family, and renewed her desire to heal the wound with her own father. That decision changed all their lives.

You refer to your novel as the “sandwich generation of the 1800s.” What do you mean by this statement?

Mollie felt the responsibility of her father and stepmother while she had her own family with needs. She was the “meat” in that sandwich between generations. A great many women today struggle with those same challenges. I thought it of interest that some circumstances cross generations and decades. I hope how Mollie dealt with it might offer inspiration for women today.

What do you love most about writing historical novels?

I love exploring how women of the past dealt with the challenges of family, finding meaningful work, growing in their faith, managing life. That these women really lived adds inspiration, I think, if I’ve told their stories well. I also think that stories set in another time allow readers to imagine themselves. Stories are like maps. They help us figure out where we’re going but also help reduce the fear and anxiety of the unknown. Writing such stories helps me reduce those fears and anxieties too. 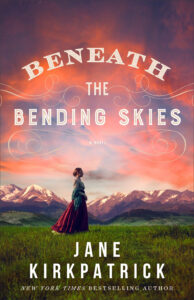 BENEATH THE BENDING SKY:

Mollie Sheehan has spent much of her life striving to be a dutiful daughter and honor her father’s wishes, even when doing so has led to one heartbreak after another. After all, what options does she truly have in 1860s Montana? But providing for her stepfamily during her father’s long absences doesn’t keep her from wishing for more.

When romance blooms between her and Peter Ronan, Mollie finally allows herself to hope for a brighter future–until her father voices his disapproval of the match and moves her to California to ensure the breakup. Still, time and providence are at work, even when circumstances are at their bleakest. Mollie may soon find that someone far greater than her father is in control of the course of her life–and that even the command to “honor thy father” has its limits.