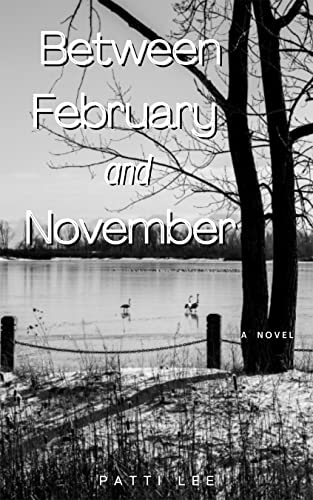 From Firebird Book Award winning author, Patti Lee, her debut novel “Between February and November” delves into the messy uncertainty of long-term marriages. Being in the wrong place at the right time can change your life in an instant.

That February morning started out like any other; Layla Ranker got her kids ready for school and her husband off to work before she went to work herself. It went downhill from there. An unfortunate event took her two towns away from home where she happened to see her husband, Alan, with a young, attractive woman going into a hotel.

Devastated, Layla contemplates the last twenty years of her life and wonders if Alan regrets marrying her right after high school. Old wounds are opened as she struggles to figure out what went wrong.

Patti Lee brings women’s fiction stories to life, tapping into the hopes and sometimes fears of readers. Her debut novel, Between February and November, due to be released in 2022, placed in the top 10 in Notebook Publishing’s #IndieApril contest. An award-winning essay writer, her creative non-fiction has been included in Crone Rising by Jazz House Publications, and her short story, The Ward House, was included in the Of Cottages and Cauldrons autumn anthology, also by Jazz House Publications.

Patti Lee is currently putting the finishes touches on her second novel. When she’s not writing or playing with her grandkids, she dabbles in acrylic painting. She is a groupie of singer-songwriter Josh Ritter and alt/folk duo Parsonsfield but has also been known to play the soundtrack to Hamilton on repeat. She currently resides in Vermont, where she has more cats than throw pillows. Read more about her and her writing at http://pattileewriter.com. You can find her on Twitter @pattiauthor and Instagram @authorpattilee.