A New Author I Discovered at RT: Riley Edgewood

This week is – Riley Edgewood 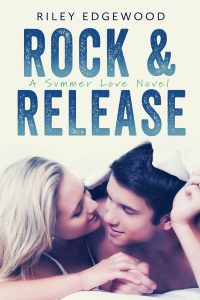 Book to check out: Rock and Release

Cassidy Evans is looking for an escape over her college summer break. And when one night with a few too many martinis leads her to sexy guitarist, Gage Logan, she may have found exactly that.

He’s hot and he’s sweet and in the bedroom he’s enough to make Cassidy forget her own name. Multiple times. But as her heart opens to Gage, feelings she’s been trying to avoid slip through, too. Regret over her rocky relationship with her parents. Pain from her brother’s recent death. Guilt over a fallout with her best friend… As much as she craves Gage, she can’t unlock her heart the way she feels he deserves.

Enter Luca James, international rock star and lead singer for Gold Rush Standard. Cassidy can’t stand his music. She can’t stand his arrogance. And, when he sets his sights on more than the drinks she serves him, she especially can’t stand how she’s drawn to his no-strings-attached flirting.

Soon Cassidy will have to make a choice: ignore her heart and go after the carefree life she covets, or stand strong to face a bittersweet reality. Either way, she risks losing everything she truly wants.