SNEAK PEEK: NOT THROUGH LOVING YOU by Patricia Preston and What’s Cole Younger Got To Do With it??? 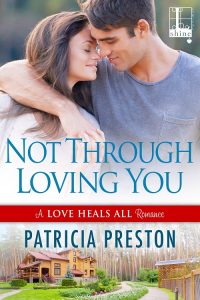 What’s Cole Younger Got To Do With It? by Patricia Preston

In NOT THROUGH LOVING YOU, the heroine, Lia Montgomery, a country music singer/ songwriter, is a fangirl of the Old West and outlaws, especially Cole Younger. This began when she was working on music for a documentary of the Old West and she wrote a song “The Outlaw in My Arms” about Cole. Being a true fangirl, she knows everything about his life.

This brings some humor to the book as the hero, pediatrician Aaron Kendall thinks the Cole/Wild West thing is absurd. Plus it reinforces his belief that he has nothing in common with Lia. The next thing he knows she’s adding touches of the Old West to his house, buys the baby (her nephew whom he is adopting) cowboy boots and suggest they name the baby, Cole. That will be over Aaron’s dead body…

I have to admit I did pass my favoritism of Cole Younger onto my character. A long time ago, I did some in-depth research of the James-Younger gang for a book I was writing. Jesse and Frank James were the most famous, but aside from being outlaws, they were serious, devout sons of a Baptist preacher. One side note, quiet Frank was an avid reader. He was never without a book in his saddlebag and he often quoted Shakespeare.

To me, Cole seemed to be the kind of outlaw a girl would like to meet. Cole came from a large affluent family and he was considered the “life of the party.” He loved to have fun. A flirtatious ladies man, he was a favorite with women. He was outgoing and charming, but he never married. It was rumored he fathered a daughter by the female outlaw, Belle Starr.

After the Northfield bank robbery, Cole spent a couple of decades in prison where he became a medical attendant, working in the prison infirmary, taking care of the sick. (Lia points that out to Aaron since he’s a doctor.) He was a model prisoner who was paroled. His brothers were all dead. John was killed by a Pinkerton agent, Bob died in prison, and broken-hearted Jim committed suicide after his release. Jesse James had been killed and Frank, acquitted of all crimes, was living on the James farm with his family. Cole and Frank reunited and put together the James-Younger Wild West show. Later, Cole, who liked show business, became something of a “motivational” speaker. He traveled the country, presenting lectures on “What My Life Has Taught Me.” He also wrote his autobiography entitled Cole Younger, Himself. Cole died peacefully at home in March 1916. He was seventy-two and still carried 11 bullets in his body from his outlaw days.

You’ll have to read the book to see how Aaron comes to terms with all things Western.

NOT THROUGH LOVING YOU………….

When a sickly infant is surrendered at the Lafayette Falls Medical Center, and orphaned soon after, pediatrician Aaron Kendall arranges to adopt him. After a painful divorce, the busy baby doc is about to realize his own dream of becoming a father when the baby’s beautiful estranged aunt turns up. She doesn’t exactly approve of the Kendall bachelor pad complete with Aaron’s cranky dad and wacky brother, forcing Aaron to form a risky alliance with her.

Country singer-songwriter Lia Montgomery barely knew her half-sister, but she’s determined her tiny nephew goes to a good home. If only she fit the bill herself, but her stressful life on the road is no place for a baby. Yet despite her misgivings, as she gets to know Aaron, she realizes the smart and sexy doctor is everything a child could want in a dad and more unsettling, everything she’s ever hoped for in a man. After all she’s put him through, is it too late to form a family and maybe put a song in the good doctor’s heart?

You can purchase NOT THROUGH LOVING YOU at:
Amazon  http://amzn.to/2p0U63y 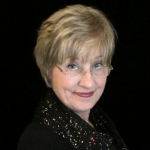 Award-winning author Patricia Preston writes mainstream romance, historical romance and comic short stories. She is represented by the Seymour Agency. She is the author of a mainstream contemporary romances, Love Heals All, for Kensington Books/Lyrical Press imprint including One Week in Your Arms, Everything His Heart Desires, and Not Through Loving You. She has several other e-books available, including To Save a Lady, a romantic adventure set in the French Quarter during the Battle of New Orleans. She also has a short story anthology, Dixie Darlings, available in print. Besides writing she loves music, photography, graphic design, and visiting her favorite historical locales including the French Quarter and the Natchez Trace.