The Christmas Company by Alys Murray 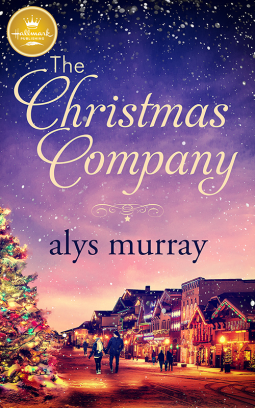 The Christmas Company by Alys Murray

The small town of Miller’s Point is known across the country for their annual Dickensian Christmas festival. When the festival is threatened by Clark Woodward, a miserly, big-city businessman, Kate Buckner steps up to save her hometown, their traditions, and her favorite holiday. But, along the way, she realizes that the man she’s trying to protect her town from might need some rescuing of his own.

With a lot of heart and a little Christmas magic, Kate is convinced she can teach Clark to love her favorite holiday. But can such different people learn to open up and love each other?

Kate’s head snapped to the front of the room, where a hastily constructed podium and a microphone stood. Too distracted by her friends and neighbors, she hadn’t noticed the setup when she walked in, but now it was all she could do to even blink. Behind the podium stood a solitary man. Against the white walls of the atrium, his black suit and golden hair stood out with the entrancing shock of an abstract painting, as if he were nothing more than lonely brushstrokes on a canvas.

He was also, as far as Kate could see, the only person in the room without an identifiable expression in his face. For someone so young—he couldn’t have been more than a few years older than her, if that—he had the practiced look of a lifelong poker player. She wouldn’t have stood a chance against him in a game of Hold ’Em. His natural state seemed to be one of stone. Worse still, when he spoke, she realized it wasn’t just a skin-deep distinction. His unavailable emotions went all the way to his core.

“My name is Clark Woodward, and it’s my sad duty to inform you that my uncle, Christopher Woodward, passed away last month.”

Gasps from every corner of the room, including Kate’s. Mr. Woodward was a good, kind man. He lived in Dallas, but he made time every month to come and visit the ranches in Miller’s Point, and of course he visited the festival every year. He even played Scrooge in the festival once, after the real Scrooge took ill and couldn’t get out of bed. What he lacked in acting skills, he made up for with the biggest heart in all of Texas. Kate cracked at the news, but the young man behind the podium held his hand up for quiet, effectively silencing them with a single gesture. He wasn’t done yet.

“As the new CEO of my uncle’s company, it is also my duty to inform you that we will be shutting down The Christmas Company subsidiary, effective immediately.”

CEO. Uncle. Shutting down. Immediately. The words all made sense individually, but when sliced into that order and delivered with such dignity, Kate wasn’t sure she understood them. How could this man be Mr. Woodward’s nephew? Who made him CEO?

Kate didn’t even flinch when her shaking hands dropped the folded ladder with a room-shaking thunk, drawing the attention of a room full of her friends and neighbors. The other questions and confusions were nothing in the face of her biggest issue.

Destroying The Christmas Company would mean the end of Miller’s Point as they knew it. Woodward’s ranching operations made many of the families good livings, but the seasonal work meant working for The Christmas Company during the colder months was all that stood between many in Miller’s Point and the stinging crush of poverty. Her chest tightened in pain at the reality of it.

Around her, the room erupted into conversation and denials, questions and protestations, each more vehement and heartbreaking than the last. But Kate remained squarely focused on their executioner as he dealt the final death blows, not caring if they could hear him over their distressed chatter.

“All salaried and hourly staff will receive a generous severance package, and I will remain in town for the next few weeks as I oversee the dissolution of the company. Any questions can be directed to the phone number found on your severance letters, which will be in the mail in the next five to seven days. We thank you for your years of service.”

With the crowd still reeling from the announcement, he stepped down from the microphone and moved to leave the room. Just like that. Without any warning and without any apologies, he marched down the hall’s middle aisle towards the front door. People watched him as he passed, still talking among themselves, but no one said or did anything to stop him, not even Kate. She watched his mirror-shine shoes take command of the floor as if he owned the land he walked on.  Step, step, step, step. It beat the tune of a song no one wanted to sing, the song of finality. A song that ended with the slam of the chamber doors behind him.

Kate didn’t move. Every time she blinked, more of her life crumbled before her. There would be no Christmas Eve festival tomorrow night. There would be no Christmas celebration. Scrooge would never again sing. The town would never celebrate its nightly tree lighting ceremony again. Friendships forged over the festival would dissolve. Some families would lose their main livelihood, others their supplemental income and others still would lose a reason to stay alive through the winter. The charities they supported would go unfunded. The town might not even survive without the tourist income. Kate’s found family would disintegrate, just like that. Everything was lost.

A little sniffle made itself known. It was so clear and so loud she couldn’t ignore it. Kate turned to find little Bradley hiding his tears behind his Tiny Tim cane. Kate wondered briefly how many other children had worn that cap before him. How many lives had been changed by those children? What would those people have been without the festival?

Who would she be without the festival?

The questions were more convicting than the answers, and the brain-piercing goodbyes of her chosen family were one big key turning the ignition of her fury. This was her family. No one was going to tear it apart, not as long as she had a say.

With a spine as straight as a flagpole and chin held twice as high, she stormed out of the Miller’s Point Town Hall. Her hammering heart joined the steady rap of her shoes as she jogged down the front steps towards the shadowed figure in the black sport coat.

He was the only one on the street, hence the only one she possibly could have been talking to, but he didn’t respond to her hail. The flames of frustration and anger licked at the back of her neck, threatening to consume her. She tried to keep them at bay and maintain some semblance of coolness—the last thing she wanted was to be accused of being an emotional or irrational woman by this stranger—but it was next to impossible. When she thought about all the lives this one tiny decision would touch, it burned up every sense of rational control she possessed. 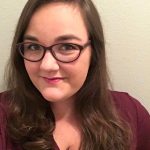 Alys Murray was born and raised in New Orleans, Louisiana, and will always be a southern girl at heart. A graduate of New York University’s Tisch School of the Arts, she travels with her fiancé as much as she can and writes as many love stories as she can.

Learn more about Alys and her books by following these links.