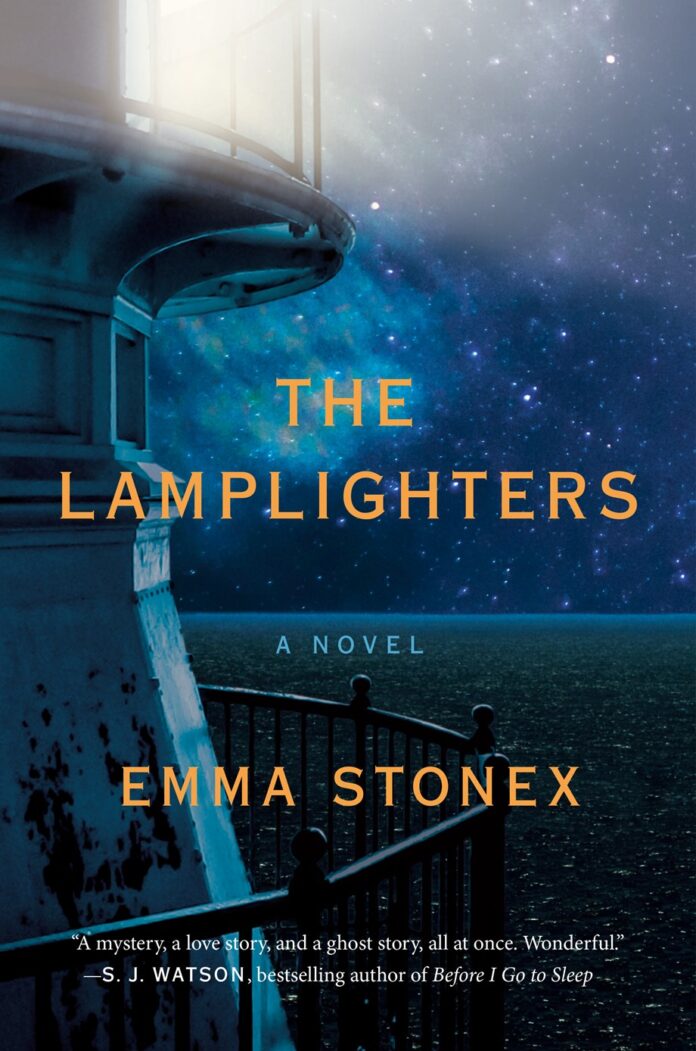 THE LAMPLIGHTERS BY EMMA STONEX

Inspired by a haunting true story, a gorgeous and atmospheric novel about the mysterious disappearance of three lighthouse keepers from a remote tower miles from the Cornish coast—and about the wives who were left behind.

What strange fate befell these doomed men? The heavy sea whispers their names. Black rocks roll beneath the surface, drowning ghosts. And out of the swell like a finger of light, the salt-scratched tower stands lonely and magnificent.

It’s New Year’s Eve, 1972, when a boat pulls up to the Maiden Rock lighthouse with relief for the keepers. But no one greets them. When the entrance door, locked from the inside, is battered down, rescuers find an empty tower. A table is laid for a meal not eaten. The Principal Keeper’s weather log describes a storm raging round the tower, but the skies have been clear all week. And the clocks have all stopped at 8:45.

Two decades later, the wives who were left behind are visited by a writer who is determined to find the truth about the men’s disappearance. Moving between the women’s stories and the men’s last weeks together in the lighthouse, long-held secrets surface and truths twist into lies as we piece together what happened, why, and who to believe.

In her riveting and suspenseful novel, Emma Stonex writes a story of isolation and obsession, of reality and illusion, and of what it takes to keep the light burning when all else is swallowed by dark.