Search
Home Blog BEHIND THE WORDS WITH BARBARA JOSSELSOHN 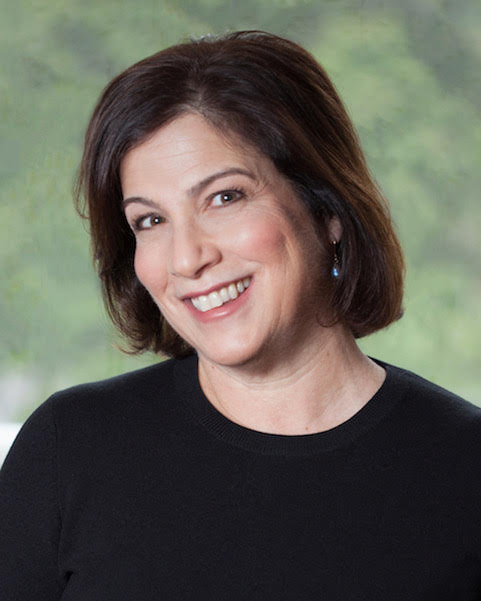 BEHIND THE WORDS WITH BARBARA JOSSELSOHN

Tell us the synopsis of your book.

When Caroline left Lake Summers thirty years ago, she thought she’d never go back to the place where she lost her parents. But when she finds out that the town’s lily garden lovingly built by her mother is going to be destroyed, she knows fate is calling. Dropping everything at her office in Chicago, she knows she is the only person who can save the garden.

Caroline and her seventeen-year-old daughter, Lee, are welcomed home by the warm smile of her mother’s best friend, Maxine, and piles of pancakes at her cozy little restaurant in town. And Caroline soon learns that she isn’t the only person invested in saving her mother’s legacy, when she meets handsome historian Aaron. As she gets to know him, strolling along the footbridge one evening, she can’t imagine anywhere else she’d rather be.

But then Caroline learns a terrible secret about the day her mother died. And soon the real reason Aaron is in Lake Summers comes to light. Will the truth about the people she loves force her to give up her future and the beautiful town that has always been in her heart? A story about mothers and daughters, forgiveness, and family.

The most unique aspect of the story is Caroline’s unusual childhood. She was raised from the time she was a little girl by her mother’s best friend, who took her in when her parents tragically died within a few months of one another. Caroline was happy with Maxine and her two boys in the small town of Lake Summers, nestled in the Adirondack Mountains, and she felt Maxine was family. But when she was twelve, her aunt in Chicago found out about her existence and took her away, even though she adored Maxine and didn’t want to leave. Caroline has never tried to learn the complete truth about her childhood, her parents’ death, or her aunt’s motivations. But when she learns that her mother’s garden is about to be destroyed, she knows she can’t hide anymore – she must go back and face her past.

I think Caroline’s difficult is what sets up conflicts between her and her daughter, as well as between her and Aaron, the handsome historian she meets in Lake Summers. So the story is really about how the past is always present – and how people often need to learn how to appreciate that reality.

When the book opens, Caroline is a single mom working as a marketing executive in her family’s Chicago-based textile business. Although she admires her aunt, who heads up the company, she’s never had a passion for business. So it’s a surprise to her when her seventeen-year-old daughter, Lee, decides she loves the family business and wants to head it up someday. Caroline struggles between wanting to support her daughter’s decisions and wanting to show her there’s more to life than running a business and making money.

Caroline eventually meets Aaron, my other main character. Like Caroline, Aaron is trying to make sense of past events that he’s never understood. Both Caroline and Aaron need to come to terms with secrets they didn’t know before – secrets that will change their lives. The question is whether they are brave enough to face the truth – and whether they can stay together when all is out in the open.

The Lily Garden is women’s fiction and romance. I think people who enjoy reading about families, small towns, and strong female characters will really like this story!

Yes, I’m so excited about the early reviews of The Lily Garden! Readers have said that the characters are real, the small-town vibe is heartwarming, the story is fresh, and the message stays with you!  Many have said it’s a great summer read, which is the very feedback I’d hoped for!

Readers probably don’t know that I started out my career as a reporter covering the mattress industry! I learned more about innersprings, memory foam, fiberfill, coils, and padding than you can imagine – ask me anything! I spent so much time researching mattresses, I even had a dream one night that I built a mattress – my arm muscles were actually tired when I woke up the next morning! Funny enough, I think this experience helped me become a novelist, by training me to see the many ways that disparate parts can become a whole, and by showing me how each step in assembling a mattress or a story can lead you to the next if you pay attention and keep a fresh eye on all the components.

I am working on my next novel – my fourth with Bookouture, my amazing publisher. It doesn’t have a name yet, but it takes place in the fictional town of Lake Summers, where the other three do as well, and it’s slated for release in December 2021.

HERE’S A LOOK AT BARBARA’S LATEST RELEASE: THE LILY GARDEN 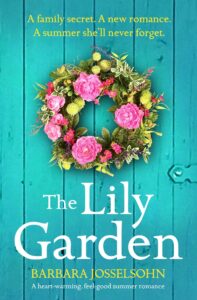 Caroline remembered how her mother would head to the garden as the first signs of spring approached, rolling up her sleeves and planting wildflowers as the sun set. But there was a lot she didn’t know about her mother, and the family secrets hidden in her hometown that would change everything…

When Caroline left Lake Summers thirty years ago, she thought she’d never go back to the place where she lost her parents. But when she finds out that the town’s lily garden lovingly built by her mother is going to be destroyed, she knows she must return from Chicago to save it.

Welcomed by the warm smile of her mother’s best friend Maxine, and piles of pancakes at her cozy little restaurant in town, Caroline and her daughter Lee immediately begin their campaign to save the garden. And Caroline soon learns that she isn’t the only person invested in their plan: handsome historian Aaron is new to town but he sees how special the garden is too. As Caroline gets to know him, strolling along the sparkling lakeshore, she can’t imagine anywhere else she’d rather be.

But then Caroline learns a terrible secret about the day her mother died. If she continues fighting to save the garden, she may uncover more painful truths that will affect her whole family. But if she leaves now, she will have to give up a future with Aaron, and the beautiful town that has always been in her heart…

An utterly uplifting and heart-warming story about forgiveness and family. Perfect for fans of Carolyn Brown, Debbie Macomber and Mary Alice Monroe.