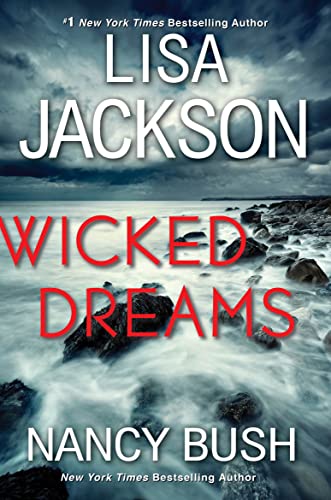 For the first time in nearly a decade, New York Times bestselling Sisters of Suspense Lisa Jackson and Nancy Bush  return to Siren Song, an isolated island tucked between the mountains and the sea off the wild Oregon coast. Some people call it The Colony. Others whisper it’s a cult. For a group of women with extraordinary gifts, it’s both home and refuge. Until evil returns to burn it all down…

The note pinned to the dead body found on the remote beach has no name, just Ravinia Rutledge’s phone number and the words “Next of Kin.” Ravinia insists she doesn’t recognize the man on the mortuary slab, but she suspects Detective Nev Rhodes doesn’t believe her. He can tell that she’s one of them—the Siren Song women.

Five years after moving away from The Colony, Ravinia has carved out a life as a private investigator whose specialty is helping others locate their missing loved ones. Yet sometimes, it’s better if the missing are never found. “Good Time Charlie” is the name given to a monster from her past, a man whom she and her sisters hoped was gone forever. But the dead man on the beach is a sign that Charlie has merely been waiting, preparing to fulfill his mission to rid the world of the Siren Song women—and anyone else who gets in his way.

Rhodes has his own reasons for being fascinated with The Colony and its surroundings—a place marked by unexplained deaths and tragedies. Rhodes plays by the rules, but there are forces at work here that defy notions of law and order. And despite Ravinia’s reluctance to team up with Nev, it’s the only way to stop an adversary determined to see that each and every member of The Colony will die at his hands . . .