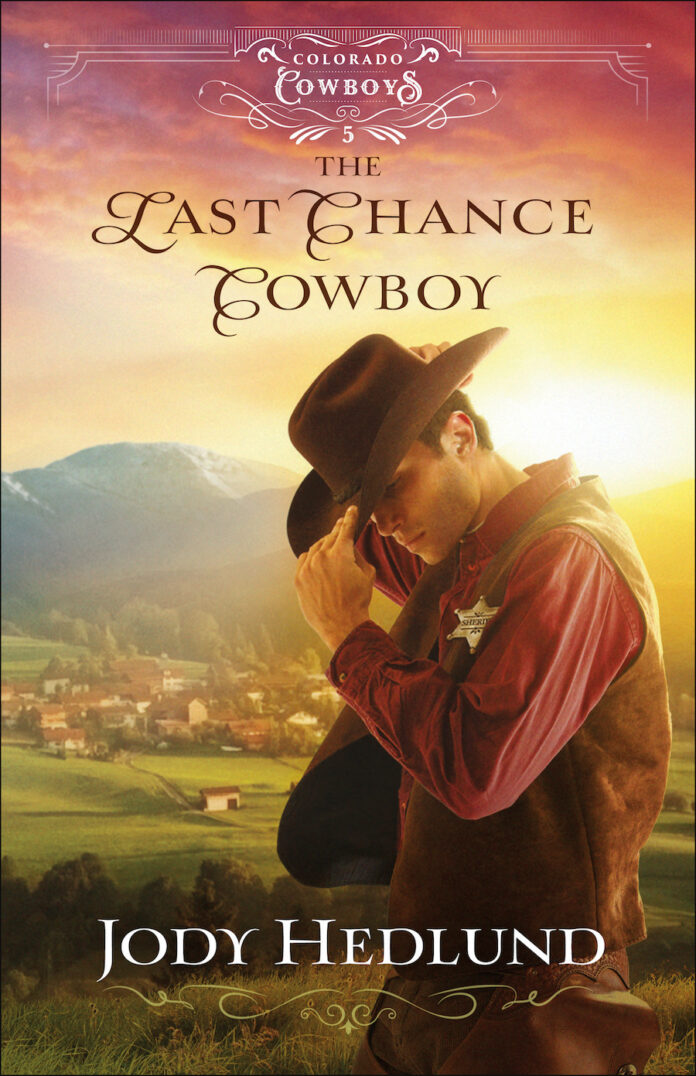 THE LAST CHANCE COWBOY BY JODY HEDLUND
(Available for pre-order)

As a midwife, Catherine Remington is successful in bringing new life into the world, but she’s failed one too many times in finding true love. When she’s accused of a murder she didn’t commit, she’s forced to flee and decides to run away to Colorado to honor a patient’s dying wish to deliver a newborn infant to his father.

The repentant prodigal Dylan McQuaid is finally back in Fairplay. Elected as sheriff, he’s doing his best to prove to the town he’s a changed man and worthy of their trust. But when a woman shows up with an infant son he didn’t know he had, Dylan is left with only complicated choices on what to do next.

Having grown attached to Dylan’s son, Catherine doesn’t want to part ways with the infant, but what she hadn’t bargained for is how easily she’d fall for the charming rogue, or how quickly her past would catch up with her and put their love and lives in danger.

“The romance tugs at the heartstrings. This one’s worth rounding up.” —Publishers Weekly on Falling for the Cowgirl

Jody Hedlund is the bestselling author of over 40 historical novels for both adults and teens and is the winner of numerous awards, including the Christy, Carol, and Christian Book Awards. Jody lives in Michigan with her husband, busy family, and five spoiled cats. Learn more at jodyhedlund.com.