Celia Ashley With a New Book and Travels Thru New England 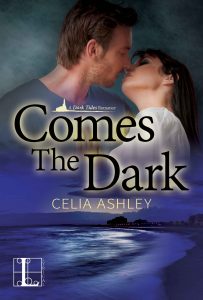 COMES THE DARK by Celia Ashley

Hauntingly beautiful, Alcina Cove lures many into its lovely port. But these days, the coastal New England town’s allure could be deadly….

Drawn back to Alcina Cove by an ominous dream, Maris Granger hopes to reconcile with her beloved but long-estranged Aunt Alva. Sadly, Maris discovers Alva has died under mysterious circumstances, destroying any hope for closure. Bereft and vulnerable, Maris finds shelter in the arms of the sexy, stalwart cop handling the case. But loving Detective Dan Stauffer feels like a betrayal of Aunt Alva’s memory, especially when the stubborn lawman denies her sinister suspicions about her aunt’s death.

Falling for Maris is easy. Believing in the “clues” the dark-haired beauty swears will solve her aunt’s murder is another story. Dan isn’t about to let go of reason when it comes to solving the biggest case of his career. But when Maris is suddenly pegged as the prime suspect, Dan is ready to do anything to keep her safe, no matter what dark truths emerge….

YOU CAN PURCHASE COMES THE DARK AT:
Kensington Books
New England Inspiration

Years ago, when my oldest was no more than a car-seat traveler and the other two not a gleam in anyone’s eye, I went on a road trip through New England. Connecticut was a pit stop to visit the folks, then on up through Vermont, which resembled a picture postcard from nearly every roadside vantage point. On from there to New Hampshire and a stop at the base of Mt. Washington but as it was November we decided not to risk a ride to the top. In fact, if I’m remembering correctly, a sign directed travelers to stay the heck off, not leaving us much choice even if we’d been so inclined. The drive through inner Maine was similar to driving through South Jersey—pines, pines and more pines. Somehow, we were missing any vistas that probably existed. And then we drove down to the coast.

The beauty and ruggedness of coastal Maine is heartbreaking and enriching. Although I never went back, the rock-hugging villages and the gray, rolling ocean, the damp, fish-laden yet sweet scent of the surf, became images and sensations that burrowed bone-deep. I use Pennsylvania as the backdrop for many of my stories, but I knew the Dark Tides series belonged in those mysterious, lovely, historical places of Maine I remember so vividly. At the time, I could almost feel the old souls of sailors and fisherman walking among the living and in the wild scenery around each village and town an ancient, elemental, unseen power waiting in solemn, timeless observance.

As I did during my travels in Maine, certain of my characters (not only in Comes the Dark but in every book in the series) sense the undercurrent of otherness in the fictitious Alcina Cove. Many of the women born into the fishing town are bound by a psychic connection to it and to each other. As Maris Granger—the heroine of Comes the Dark—learns very early, foreknowledge can be both a blessing and the darkest curse. Honestly, the element of premonition wasn’t something I dropped into the tale willy-nilly. (Do people use the term willy-nilly anymore? I might be showing my age…) I have some personal experience with psychic occurrences, most often in the form of dreams coming true. Not the “someday my prince will come” kind of dream come true (darn it), but revelations in sleep of events that did come to pass. As with the troubled Maris, this sort of ability runs in my family in various incarnations.

With Comes the Dark and the other two books in the series set in a place where so many have passed from this earth while pursuing a livelihood out on the powerful sea, who wouldn’t expect to encounter a few ghosts as well? The denizens of Alcina Cove have seen their share. As for the encountering in each book of spirits—well, I tend to embellish in my writing the type of experiences I have had in my own life, of course making them spookier, more frightening. My own were simple, brief, and only seriously scared me once. I’ve even joined in a few ghost hunts—usually more for the entertainment value than serious pursuit—and count myself fortunate to have experienced true encounters. The strongest, however, were those taking place in everyday activities. Like sitting down at a Christmas party and nodding to the elderly gentleman in the chair in the corner. I realized in due course there was no one there.
ABOUT THE AUTHOR: 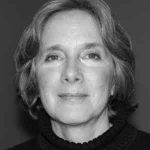 Celia Ashley lives in rural Lehigh County, Pennsylvania, an area rich in history and beauty and from which she has drawn inspiration for many of her tales. She is the mother of three grown sons, as well as the companion of four cats and one talkative parrot named Merlin. When not writing, she is a garden enthusiast (not an expert, by any means, but growing things makes her smile) and spends time painting in a variety of mediums. Published in historical romance under the pen names Alyssa Deane and Robin Maderich, she has most recently taken to writing spicy contemporary paranormal romance as Celia Ashley, for which she has received enthusiastic reviews. Ms. Ashley is a member of RWA and the Pocono-Lehigh Romance Writers chapter.