SNEAK PEEK: A Bolt From the Blue by Maggie Wells and the Goodness of Fried Food 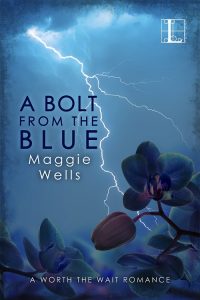 True love fresh out of the fryer! by Maggie Wells

I’m a transplanted Yankee who fell for a slow-talking Southern gentleman and moved to the mid-south. There were a number of things I had to adjust to when I moved from Illinois to Arkansas. There was a slight language barrier to start. Back home, I would say it was about to rain. My husband would tell you it’s ‘fixin’ to come a storm’. My absolute favorite adopted phrase is ‘might oughta’—as in, “You might oughta roll your car windows up, it’s fixin’ to come a storm.”

See? I’ve totally got the hang of it now.

One thing I have unabashedly embraced is a love of fried foods. Aside from the foot-long corn dogs, grater taters, funnel cakes and elephant ears one expects to see jumping into the fryer, down here, you can score fried pecan pie, bacon, butter, s’mores, Oreos, and dozens of other things. Our state fair is chock-full of booths offering just about anything you can imagine battered, deep-fried, and served on a stick. Oh, and dusted in powdered sugar.

We’ve sampled a number of these treats: 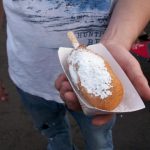 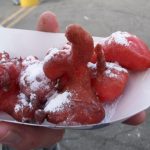 Yep, Kool-Aid. You can even get normally-icy-cold Coca-Cola served hot and sweet. And it’s delish!

Don’t believe me? Make it yourself!

Readers Entertainmenthttp://dayagency.com
Previous articleReader’s Entertainment Radio Show Presents: RT Round Robin
Next articleSNEAK PEEK: The Thief by Michele Hauf and How Her Career Might Have Been Different