Search
Home Blog BEHIND THE WORDS WITH AUTHOR LIZ JOHNSON 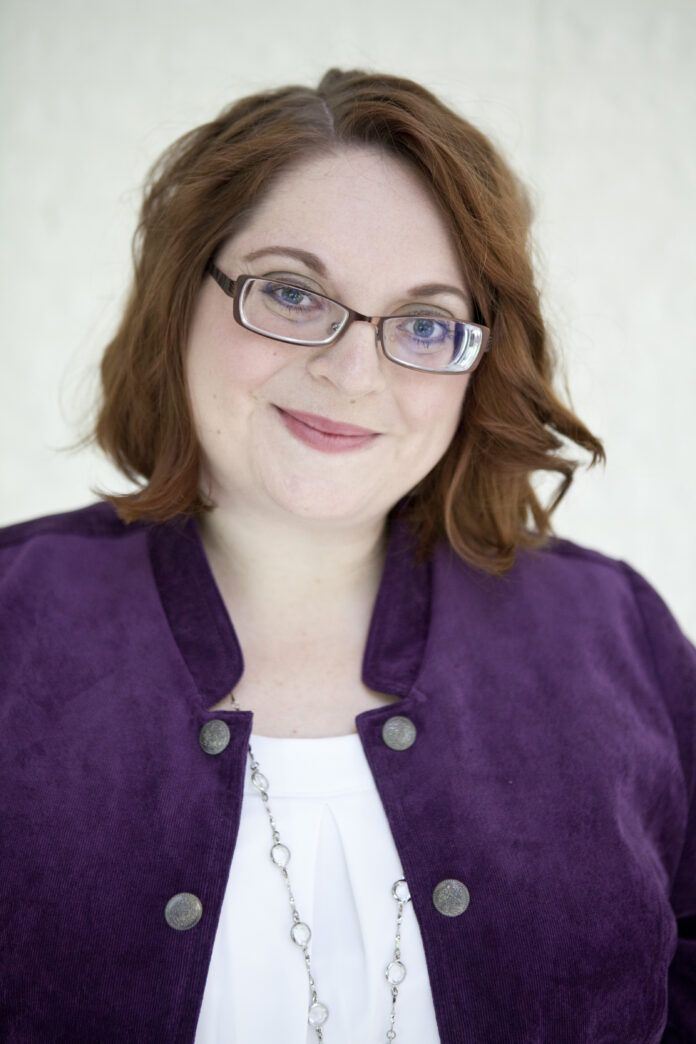 Today, we welcome Liz Johnson to Behind The Words. Liz is the author of more than a dozen novels, a New York Times bestselling novella, and a handful of short stories. She’s a Christy Award finalist and a three-time ACFW Carol Award finalist.

Let’s get to know you! Where are you from, where do you live, family, fur-babies? We want to know!

I grew up in a small town in the desert Southwest, and after moving around the country for work, I settled back in Arizona a few years ago and now make my home in Phoenix. I love exploring local theater and music when I’m not writing and reading, and I have five nieces and nephews who are growing up way too fast. They make being an aunt so much fun!

I’ve been writing pretty much my whole life, but I started writing professionally with the release of my first novel in 2009. I’ve been working in marketing and public relations this whole time too, and right now I’m the marketing manager for a non-profit in the Phoenix area. I like having a day job, which gives my schedule stability but allows me to write in the evenings and on the weekends.

There’s no typical writing day for me. I sneak in 30 minutes here and an hour there. I write at home on the couch, in busy coffee shops, and sometimes even with friends. Writing isn’t about the perfect setting or ideal conditions. It’s about getting the story out—and then fixing it in edits. 🙂

So…..tell us about your latest release, The Last Way Home?

When Eli Ross left Prince Edward Island to join the NHL, he left a broken family behind. More than a decade later, he’s broke and headed home to an uncertain welcome. He wants to make things right with the family he wronged, but his mom’s business partner isn’t making it easy. To top it off, the coaching job he’s accepted turns out to be far more complicated than he anticipated.

For years, Violet Donaghy has put everything she had into making Eli’s mom’s ceramics shop a success. But when the kiln at the shop starts a fire that nearly destroys the studio, she’ll need all the help she can get to save the business and their summer income.

Working together isn’t easy when Violet isn’t quick to forgive the man who hurt the family who has taken her in as one of their own. But Eli is determined to rebuild his relationships and win her trust—and maybe even her heart.

The handsome hockey players at the ice rink I like to skate at. Okay, that’s not entirely true. But it’s a little bit true. Mostly I’ve always been interested in the story of the Prodigal Son. I love the idea of having to come home, tail between your legs, and beg for forgiveness only to find that the forgiveness can’t be earned. It’s just there because you’re loved. So when I started this series about three brothers, I knew the eldest would be the prodigal brother, and I couldn’t wait to bring him home to PEI.

I relate to each of my characters in different ways. But I’d most like to be like Mama Potts, who loves big and is quick to forgive. She’s a safe place for her family—chosen and biological.

Violet and I would definitely be friends. In some ways she reminds me of my sister, who is one of my favorite humans on the planet. And, of course, there’s a little part of me that’s in love with Eli. Or, at least, I’d really like to go skating with him.

Without revealing too much, I’ll say that I really wrestled with how Eli was going to deal with his past. When he slams into it on a New York street, I wasn’t sure how he was going to respond. But his choices set up the entire storyline. It took a lot of brainstorming to figure that out, but once I did, the story all came together.

Nope. I never do that. I don’t make my characters exactly like anyone I know. Heaven forbid they dislike how they’re represented. 🙂 But I like to include elements of my favorite people in my favorite characters.

I am planning a sequel! It’ll be the third book in the Prince Edward Island Shores series and should come out in summer 2023. It’ll be about the youngest brother, Levi Ross, who doesn’t talk much and likes to work late nights as the facilities director at the local high school. But after a hurricane batters the local community theater, drama teacher Kelsey ropes Levi into helping put on a benefit production—forcing him into the spotlight. Good thing Kelsey is the one person he might be willing to step out of the shadows for.

I’m influenced by every author I read, and there are a lot of them. 🙂 Some authors inspire the romantic threads. Others inspire me to create deeper characters. And others make me think more about the plots of my books. But a few of my favorites are Julie Klassen, Melissa Tagg, and Joanne Bischof.

My favorite writing ritual is a long weekend away. I love to get out of my house and into a hotel room or an Airbnb and deep dive into my story for 4 or 5 days. Those weekends usually involve lots of late-night chocolate-fueled writing sprints, which get me closer to the end.

The Blue Castle by L.M. Montgomery is often overlooked for Anne or Emily. But the story of 29-year-old Valancy deciding to make the most of what she believes will be her last year on earth is a beautiful tale filled with joy and love. And Barney Snaith makes for just about the most perfect hero, cheering Valancy on toward the life she’s always wanted and standing up for her against her awful family.

It’s not really a secret, but I did take ice skating lessons and visit the rink almost every weekend while I was writing this book. I’m not a great skater, but I sure do love being on the ice.

Diet Dr. Pepper is always my go-to drink. It peps me up to take on the world.

Youtube. I start out doing research and end up watching videos of dads getting the dogs they’ve always wanted. Gets me every time.

Thank you so much for joining us Liz! And yes, Youtube does drag you in, doesn’t it?? 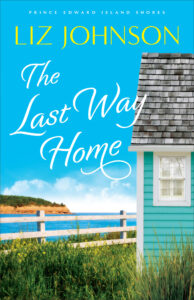 When Eli Ross left Prince Edward Island to join the NHL, he left a broken family behind. More than a decade later, he’s broke and headed home to an uncertain welcome. He wants to make things right with the family he wronged, but his mom’s business partner isn’t making it easy. To top it off, the coaching job he’s accepted turns out to be far more difficult than he anticipated.

For years, Violet Donaghy has put everything she had into making Eli’s mom’s ceramics shop a success, and she’s not eager to forgive the man who hurt the family that’s taken her in as one of their own. But when the kiln at the shop starts a fire that nearly destroys the studio, she’ll need all the help she can get to save the business and their summer income.

Can these two strong-willed people come together to mend the broken pieces of the Ross family? Or will the ghosts of the past continue to haunt them?

Return to Prince Edward Island for a romantic story of family, forgiveness, and the power of love.